Prudence often took a nap in the afternoons; it was one of the benefits of living in Hawai'i. She worked at the Garden Snack Club only two or three times a week, and exclusively during the afternoon shift, which meant that there were many days in her life when she could nap merely to break up the day.

She lived in a small white house on a hill facing due east, into the sunrise. Across the back of the house, accessible through doors from the dining and living area, was a deep lanai, maybe eight feet from wall to rail. It was sheltered by the long overhang of the roof and it wrapped around toward to the side of the house, where sliding glass doors opened into the other end of the living room.

It was in the corner of the L of the lanai that Prudence took her naps. She had placed a futon frame out there and put a foam cushion on top of it. The cushion was covered in fabric she found in Volcano Village and had sewn together herself. At the head of the futon was a jumble of pillows, and at the foot a light blanket to offset the breeze. 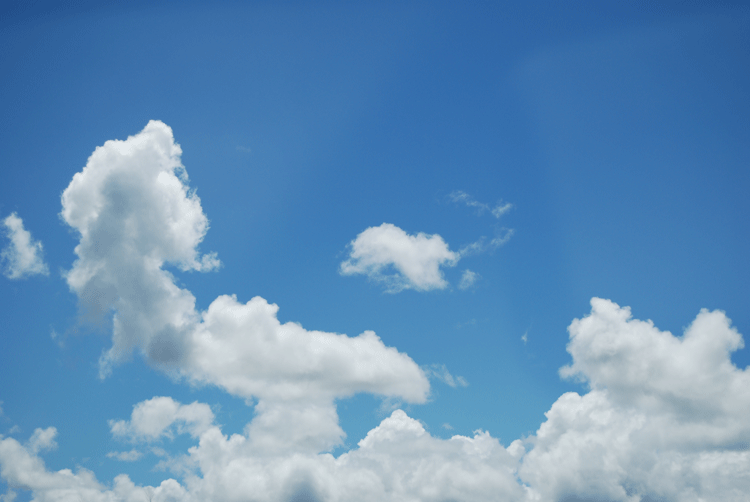 Sometimes as she napped, just as it was time for her to get up, she'd hear the restaurant's tiny door bell ringing in her sleep. The jingling would incorporate itself into harmless dreams until it merged into the ringing of her alarm, rousing her from sleep. Recently, though – and it only intensified after she saw Kyle Weatherly's poster at the health food store - she'd been having what she called her mainland dreams. Frustrating dreams. Dreams of doubt and withering confidence.

That afternoon, after she and Auntie Lulu had gone through Manu's books and some of his personal effects, Prudence was napping restlessly on the lanai. In her dreams, there were people were coming into the restaurant faster than she could seat them, the tiny doorbell jingling incessantly. As she tried to wait on the influx she'd get further and further behind in her orders and find herself walking back and forth through the front door to tend to people sitting at tables outside beneath the eaves (at tables they don't actually have), tables that lined the street and stretched up to the boarding house three doors away. If she could ever get back inside, the walk to and from the kitchen took on Alice in Wonderland proportions – endless stretching hallways that she could never complete.

Prudence awoke in a jumble. So deep was the anxiety of her dream that she had to force herself to exit it.

She sat upright on the edge of the futon and stared at the tall blue sky. The birds in the jungle along the drive were whistling a mild midday chorus. Trade winds rustled the bamboo.

She hadn't had these sorts of dreams in years: not since moving to the Big Island, that's for sure. Probably not since abandoning Kyle in the Yucatan shortly after she turned 20. (It was somewhere in the southeast, a fishing town – a classic do-nothing village where watching a tractor stuck in a construction pit could provide a whole week's entertainment. The only way out of the village was on a burro because winter rains had washed out the road. Pulled along by a man named Pepe over a rugged road through the hills, she felt a bit like the Virgin Mary. The irony was not lost on her. On the main highway, Pepe would wait with her until a proper bus came along, which she would ride back to civilization, her mind and body flushing themselves along the way.) 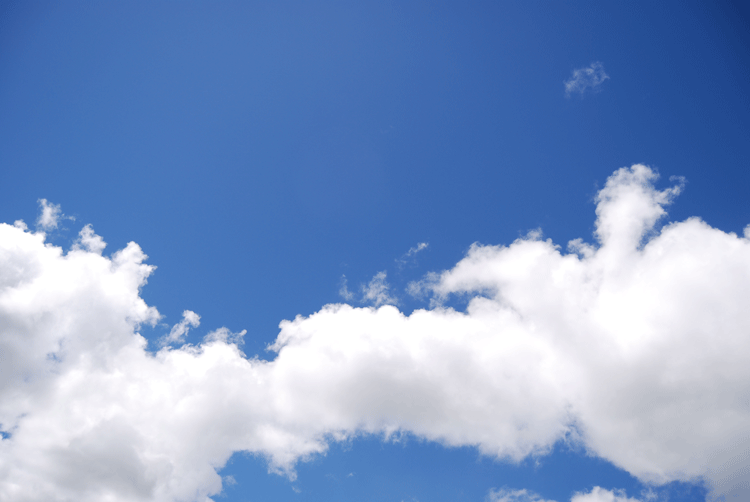 Pru planted her feet on the wooden floor of the lanai and stood up. She went to the rail and looked out over the expansive green jungle. Just beyond was the Pacific Ocean, a deep blue swath that separated her from the mainland, its troublesome decisions and the difficult relations of her past.

Clearly, her dream was related to Kyle Weatherly, aka Rinpoche the Unmagnificent. After years of self-psychoanalyzing herself she knew that this sort of dream meant she had strayed from her path – that she had been avoiding something or failing to address something.

But nothing had been undone or unsaid when it came to Kyle Weatherly. Their rupture had been more explosive than Kilauea's. The only change in her life recently was Manu's passing.

Prudence stretched her arms toward the sky. She waved them in the breeze and rolled her head and shook her creepy dream feelings all the way down from her head into her hands and out through her fingertips.

Perhaps the dream was a message from Manu, or simply a reminder that she was overdue a visit to Rhode Island to see her family. Her mother and step-father were there, unmoved and unchanged after decades together; her younger sister, too. She hadn't seen them in over two years: there was too much yard to take care of, fruit to harvest and sell at the Saturday market. And of course there was work and keeping an eye on Manu… 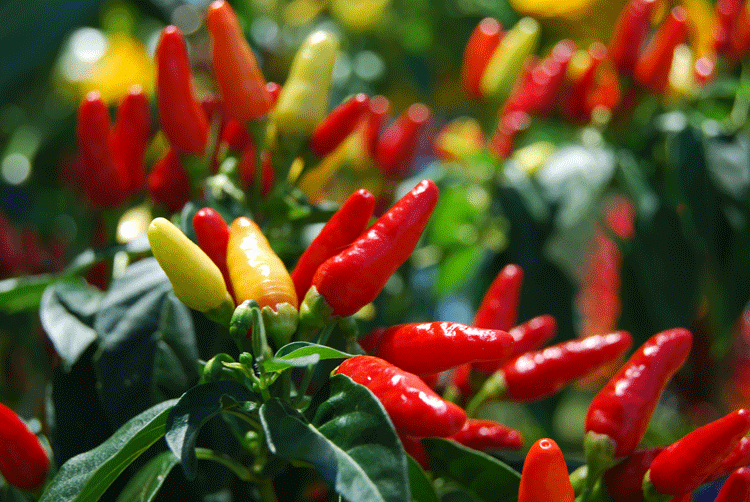 Eleven years on the Big Island of Hawai'i, she didn't think about home that much. (Correction: the mainland wasn't home. The mainland was…well, the mainland. It belonged to somewhere and something else.) Puna was her true home. Here she lived and traversed slow bumpy roads through the jungle. She had a comfortable little house on a big plot of land filled with greenery and bananas and fruit trees and flowers and a house down below where the old poet used to live.

Forty-five minutes away was Hilo – seat of government for the Big Island, location of the airport and Wal-Mart, site of the Garden Snack Club and capital of an older Hawaii. Closer to home, less than fifteen minutes away, was Pahoa Town, a funky one-road town that once was a station for the sugar railroad.

All the basics are available in Pahoa. There's a Mexican restaurant and a Thai restaurant; a grocery store, drug store, and the Cash and Carry where you can buy weed out front. Half the restaurants in town are BYOB and in the 1970's the Pahoa post office was one of the largest marijuana distribution centers in the United States. 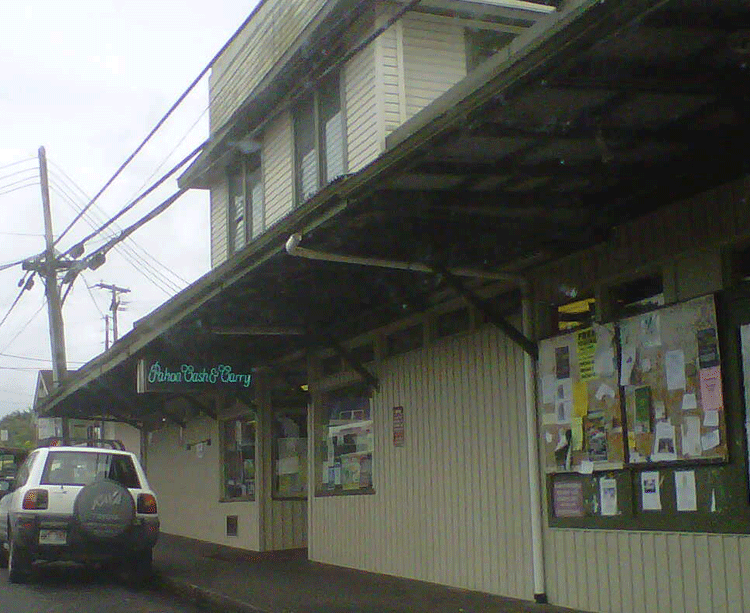 Pahoa – and for that matter, Puna – is a somewhat ungovernable place. 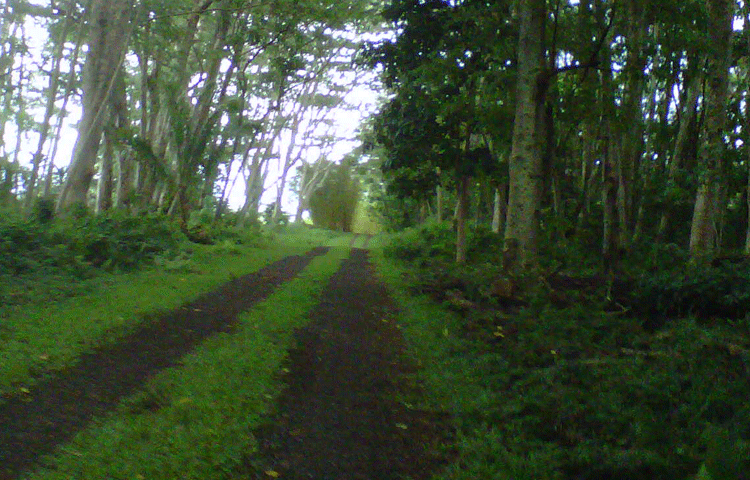 Pru's property was tucked away at the end of a private lane off of Ohalani Road, which connected the Lower Highway to the coast. She lived a private world set away from the rogue rustle of Pahoa Town, ensconced in a land that some Hawaiians claim is ruled by magic. (Many on the Big Island, haole and Hawaiian alike, refuse to travel to Puna because of its dangerous reputation.)

From her back lanai Prudence could see the smoke from Kilauea, an active volcano. Lava has been flowing from Pu'u O'o, one of Kilauea's craters, for over 25 years now. When it meets the ocean a huge plume of smoke rises from the juncture of 2,000 degree liquid fire and the deep cobalt sea. About 15 miles down the road from Pru's house, the plume was, in a way, a beacon. It drew visitors from all over the world and it attracted the wayward, who were lost and searching for something in life. It was the equivalent, she'd heard people say, of the pyramid in San Francisco. She'd been there a few times (San Francisco) and believed that places had the power to lure people and hold them captive. She knew as much, just from standing on her lanai observing the magnificence of a living planet giving birth in her backyard. 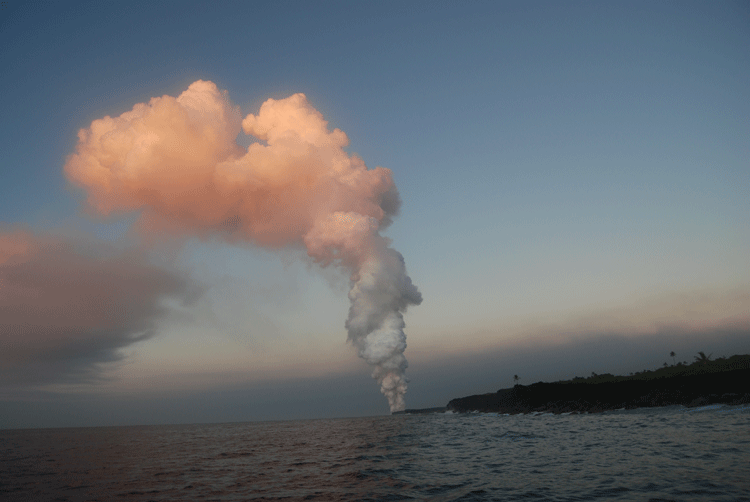 As Pru folded her blanket after her nap, she saw a grey cluster of clouds, a rain squall, hovering over the water. She watched as the rain shower broached the rocky coastline. It drove inland and passed through the jungle below her house. Another squall came in from the north as she went inside to fix herself a cup of tea. The rainstorm briefly drenched the house and yard, the raindrops sounding like rubber pellets spilling down on the corrugated roof.

The rain came, it fell, then it passed - as if an omen - leaving Prudence to forget about Kyle Weatherly, and the mainland, and get on with the rest of her day amid sunlight and the ebullient greenery of her hillside abode.