Matthew pointed to a stack of boxes on the floor of Manu’s cottage. “What do you want me to do with these?”

“Oh, gosh,” Prudence said. “I forgot they were down here. Those are books we’re donating to the high school.”

“I’ll put them in the truck and drive them up to the house.”

“That would be great, thank you.” 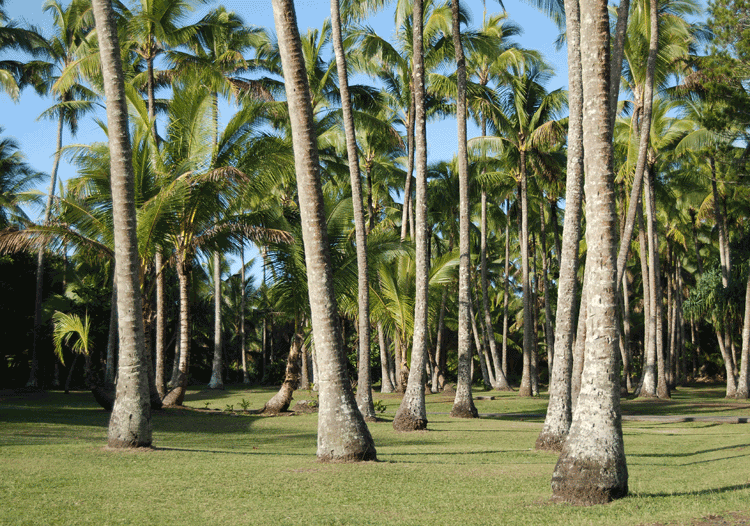 Matthew and Pru were down at the ‘ohana tidying up in preparation for the luau. Already it was Tuesday and the luau was going to be on Friday night – three short days away. Prudence wasn’t sure where the two weeks had gone since the decision had been made to hold the luau on Ohalani Road. The arrow of time was accelerating.

She paced across the floor, went into the bathroom, peered out at the outdoor shower, then came back into the main room. “What do you think?” she asked him.

“Me, too. It’s going to be evening, and most everybody will be outside under tents. So it doesn’t really matter what it looks like in here, I guess.” She stared at him. “But I want it to be presentable. I don’t want it to look empty, like nobody lives here. You know what I mean?”

“Maybe you should put some of the books back. It does look a little sparse.”

“Good idea. And—” Prudence pointed excitedly toward the kitchenette in the corner. “I’ll put a few dishes on the counter. He always had something drying on a dish towel. I think he used the same bowl for breakfast every day for the last five years of his life.”

“What about his desk?” Prudence walked over to Manu’s desk, which sat lonely and undressed, void of signs of life, save the rings in the wood from the many glasses of water and cups of tea that had perched there over time.

“What are going to do with that?”

“I don’t know.” She scanned the room and then studied the desk. She abruptly clamped her hands against her face, covering her eyes. “Purge, purge, purge…” she told herself. “Purge…” She turned away from the desk. Went to the front door. She walked out onto the front stoop and laid her hands on the splintery wooden rail. She looked at the front yard – its shower trees capped with cloudy blossoms of pink and yellow, to the right a monkey pod tree, its broad protective canopy formed from the confluence of countless wriggling branches.

Matthew’s truck Yoda was parked out there, maneuvered in between the trees and parked with its tailgate facing in. In the bed of the truck were a bucket of tools and an old trunk of Manu’s. There wasn’t much in the trunk – clothes, a few empty picture frames, a hairbrush and some pens and pencils, the few dishes he used. 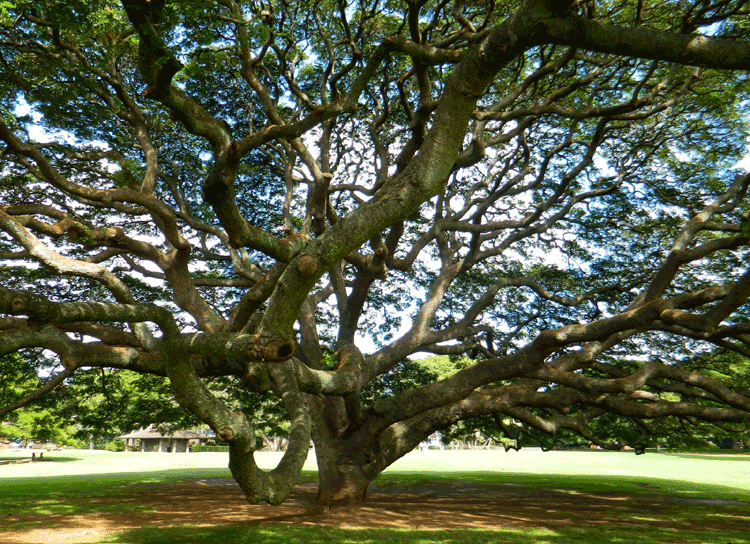 Matthew came out onto the front stoop. “You all right?”

“I’m fine.” She wiped her eyes. “I get carried away sometimes. I have to remember I’m hosting a luau, not setting up a museum.”

“You’ve got half of Puna helping you out with the luau.”

She nodded heavily. “I know. That’s part of the problem.”

It was true. The Aunties were in full swing. They’d been scheming and planning, and undoubtedly the legions they’d enlisted had already begun cooking. Their effort was extensive and, to a great extent, invisible. Every so often Prudence would receive a phone call: “How many LPG tanks do you have? How many gallons each?” Or, “How many watts is your generator?” And ominous questions like, “How many cars you think can fit along your road?” "You in good wi' da police?"

The Hawaiians come from an oral tradition. And from a history of dance. They use their voices and their bodies to remember, to express and relate the things that matter in life. Keeping that in mind, it’s important to remember that no Auntie worth her sea salt had to make a written list in order to put together a luau.

“This is his going away party,” she confessed to Matthew. “When it’s done, he’s gone. Gone for good. The Aunties are doing all the work and I’m down here – helpless – picking lint out of the corners of the ‘ohana.”

Manu’s sudden departure struck a deep and painfully resonant chord in Prudence. As she stood at the door to his little house at the edge of the jungle, all she could do was break down and cry: “Friday night he’s gone! Completely!”

Prudence brushed past Matthew and ran around to the back of the house. 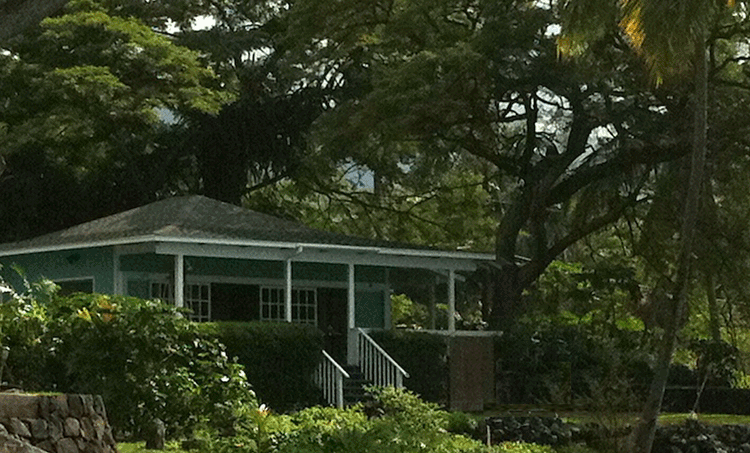 She shielded her eyes as she looked up at the roof line of the ‘ohana. “Thank you for fixing it. I don’t know why Manu never mentioned it. I didn’t even know it was loose until I came down here one evening and the two of us were sitting at the table. A squall came in and I heard this clap-clap-clapping and I asked him what on earth was that. ‘The gutter outside, above the kitchen,’ he said. ‘And how long has it been doing that?’ I asked. ‘Long time,’ he said. So I asked him why he didn’t say anything: ‘Because I no longer hear it.’”

“Well, it’s secure now. And I cleaned off the solar panels, too. You had a jungle growing underneath one of them.”

The cottage had two solar panels on the south-facing side of the roof. They were set to run a current to the house so that during daylight there’d be some electricity in the house. Manu used very little. His stove was propane and required no electricity. The hot water heater was on-demand, so he only needed a quick spark of current to ignite it. He slept when it was dark and got out of bed with the sun, and if he didn’t have enough light to work by he’d use candles.

“We can hook the generator up if you want to string up some lights.”

Matthew smiled. He and Prudence walked past the outdoor shower beneath the kitchen window. They passed between the thicket of areca palms and the base of the monkey pod tree. At the front of the house Matthew shut the tailgate on Yoda. “I’ll drop the books off at the high school this afternoon. I have to head up there anyway. Need to rent a staple gun.”

“Thank you. That’s a huge help. Lau Lau and his brother are coming to dig the imu later on. I want to be here for that.

Pru nodded her head. “There’s going to be three pigs and a ram."

“Oh my god, that’s like a quarter ton of meat."

"There were only supposed to be two pigs but then Karl Yamada up by Green Mountain wanted to donate one of his pigs as an honoring to Manu – you know, he raises them to slaughter for graduations and big parties. Then one of the bow hunters from Upper Puna who wronged somebody down here in Lower – hunted on his land without permission or I don’t know what – but he was friends with that friend of Manu and there was strife and hurt feelings – Anyway, he went hunting on Mauna Kea and killed a ram as a peace offering. The kanaka council went round and around and eventually said ok.”"

"No wonder you’re stressed. How many people are coming?”"

“I have no idea. But I told the council, No more. Anyone wants to submit an offering on behalf of Manu, they’re either going to have to chant it or hula. Or they can leave a bottle of gin in the crater for Pele. I can’t have anymore spirits of dead animals on my property.”

There was vivid sunlight pouring through the trees, but Matthew noticed dark clouds in the north. “Rain’s coming. Want a ride up?”

Prudence stepped out from the shade into a patch of open sunlight and looked skyward. She breathed in a few deep breaths and then told him, “No. I’ll wait it out down here. It’s going to be a quick one.”

“Allrighty then.” He climbed in his truck. 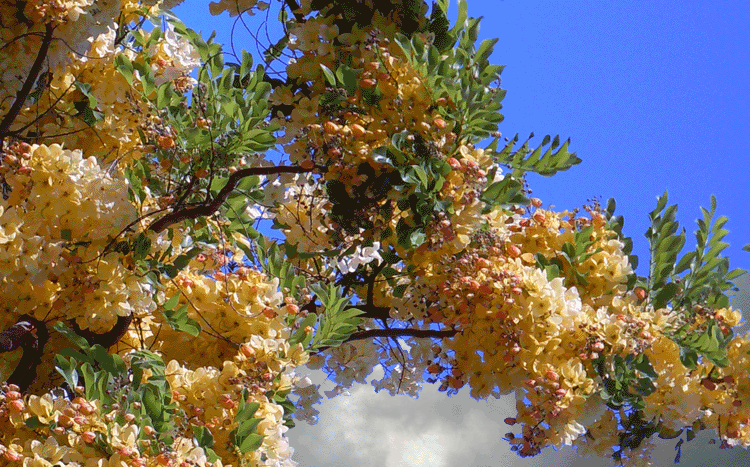 There is a concept in Hawaiian called holomua: moving forward positively. In other words, moving through life with a positive attitude despite all the change.

Someone had given Manu an electric typewriter as a gift once, but he never turned it on. (“Very thoughtful, thank you,” he’d said upon receiving it. “But what am I supposed to do with this?”) And when the internet came along and someone told him that the coffee shop offered fast, cable-based internet service, he decried it as, “too much progress!”

The reason Manu wrote things in his many small journals and notebooks was so that they wouldn’t get lost. Since the moment Captain Cook set foot on the Big Island, Hawaiian traditions had been upended, suppressed, even codified into near non-existence. Throughout the last two centuries tradition had succumbed to modernity – to Wal-mart and drive-thru fast food joints, holiday resorts at the edge of every swimming cove. For Manu, his way of embracing holomua, of accepting the disruptions of the present, was to let the river of civilization flow, murky as it may be, but to build his raft on written words of remembrance in order to capture, retain, and keep certain things alive.

Prudence was forging her own definition of holomua. Of letting go and moving on. She thanked Matthew again for his help. Mostly she was glad that he didn't let her stage the ‘ohana as though Manu were still living there.

Matthew cranked the truck’s reluctant motor. “Call if you need anything else,” he said through the open window.

“Aloha.” He stretched his arm out the window and sent her some shaka love as he and Yoda took off, zig-zagging carefully through the shower trees. They curved along the perimeter of the coconut lawn then forged through tall can grass onto the makeshift road that ran along the property line up to Prudence’s yard. Once there he honked his horn three times, which Pru heard faintly through the trees, and drove off between the pair of rainbow eucalyptus into the jungle.