August begins with a solid sky. Cloudless. Unmoving. A magnificent swath of blue sky exposes the island to the full heat and light of the sun.

Nobody is aware of it yet, but the Puna District has entered a period of drought. For those on County water, which is a small percentage, it will hardly be noticeable, aside from the drying of everything around them. For the majority of Punatics, though, especially those who have gardens or grow their own food, it will be a long and unmanageable drought. They are the ones who will have to manage the dwindling water level in their catchment tanks just as they do their limited and often-dwindling financial resources. 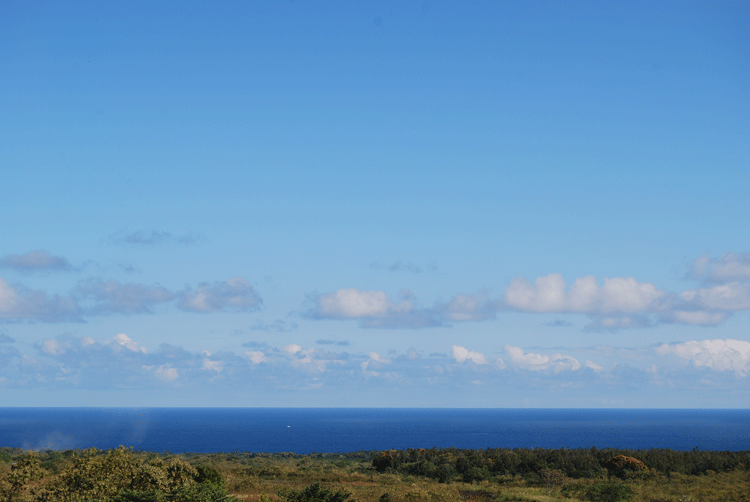 Matthew Lawless is crouched down watering the eleven plants in his marijuana patch. He moves gingerly, like a spiderman, from plant to plant, balancing himself on the balls of his feet, applying water around the mulched base of the plants. The hose trails behind him like a strand of his web. He has it on a medium-slow trickle, so as to dispense just the right amount.

His weed patch, as he calls it, lies on a sunny fringe of the jungle surrounding his cabin. It is slightly shaded by kukui trees, and more or less out of sight from prying eyes or would-be thieves.

Midway through his watering he hears a helicopter approaching. The familiar reverberation of blades comes chopping through the wooded canopy of the Puna Forest Reserve. It arrives at first quietly, distantly, and then with the surety of approach. 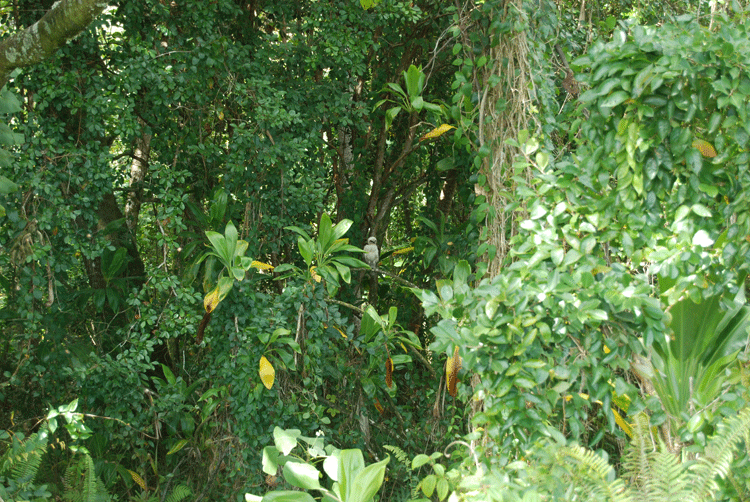 Helicopters pass over Puna on a daily basis, most of them tourist choppers on the way to view the vast blackness of the Kalapana lava field, the fire-tinged gape of Pu’u O’o, and the smoldering crater at the Kilauea summit. They fly further south from where Matthew lives, and fairly high, so the sound of their blades is generally numbed by the altitude and the distance.

By contrast, the Green Harvest helicopters fly low and aggressively. They are the airborne eyes of the Government, and they monitor Puna for signs of marijuana cultivation, making low overflights throughout the District at unpredictable intervals.

Although you can hear them coming, they come upon you quickly. For that reason, the moment Matthew realizes a helicopter is approaching he pulls the hose into the middle of the small sunny patch that constitutes his yard and begins watering a raised bed where he grows cherry tomatoes and leafy greens.

Bastards, he remarks, as he bends over to pull some stray grass from the bed. He then sets down the nozzle and leaves it there gently spilling water onto the vegetables. He turns around and unbuttons his shorts. Just as the narcotics helicopter passes overhead, his shorts fall around his knees and he lets a stream of piss flow onto the grass. 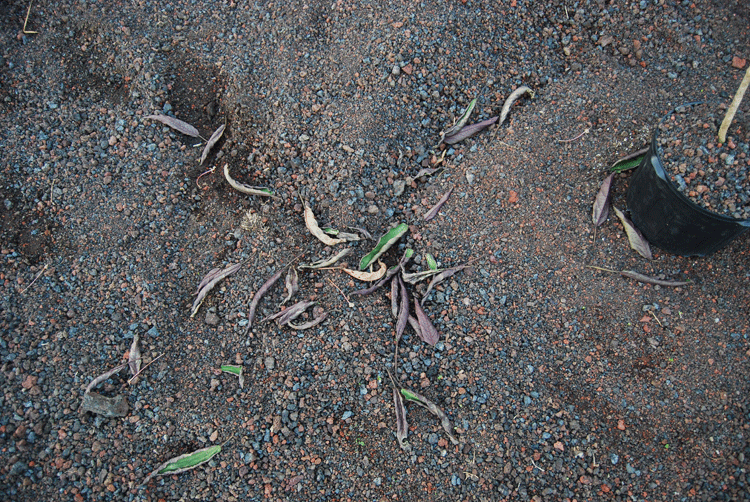 The soil in Puna isn’t your run of the mill soil. All of Puna – the whole Big Island in fact – is one massive bed of dried, highly porous lava rock. The ground had its beginnings deep in the earth, beneath the ocean floor. Over unimagineable stretches of time, unfathomable volumes of magma pushed up through cracks in the earth’s crust and emerged as lava, creating layer upon layer of solid ground as the island formed above the ocean’s surface.

Over time, wind and rain break down the surface of the lava. Ferns and ‘o’hia trees sprout in its cracks. Natural debris melds with crumbling lava to form the beginnings of soil.

Mostly, though, the ground is an amalgam of chunks of black basalt lava rock; big slabs of blue rock; and the sandy rough loam of weathered lava. More rock festival than potting shed, really, as many a broken pick axe will attest.

It is in this rough-hewn soil that Matthew Lawless tends his weed patch. 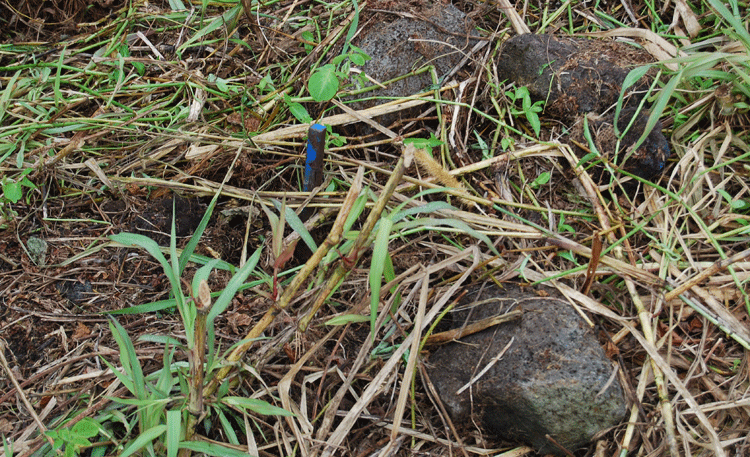 Matthew retrieves the hose and sprays the ground where he’d taken a leak. The water from the hose pools for a second or two on the grass before disappearing into the ground. Overhead, the helicopter disappears on its way towards the ocean, leaving a trail of doppler noise in its wake.

Matthew hikes up his shorts and pulls the hose away from the vegetable bed, back to the perimeter of the kukui trees. He counts aloud to plant number six and goes about watering his modest crop where he’d left off. 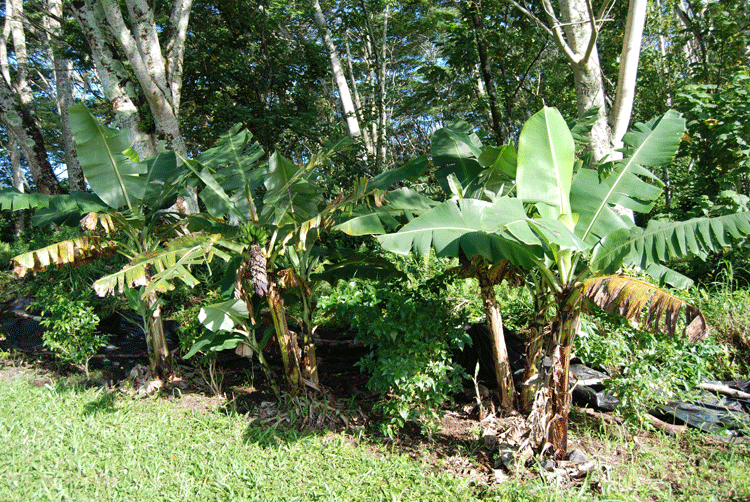 If you look at the planet in layers – that is, at all of the components required to grow a bit of paka lōlō – you begin with the sun and the rain that come from the sky, then the wind and the top soil which encourage it, then the root structure and the deep earth into which the plant stretches downwards in search of water. Ultimately, then, comes the fire. Earth’s fire. Pele’s womb. It is here that the earth begins and it is in here (that is, from within fire) that all life on earth is conceived.

Although water barely rests in the Puna ground long enough to wet the tongue of a plant’s roots, the ground is fertile. With organic compost and a little bit of fertilizer you can grow a great many things in Puna. If the ships ever stop coming, there’s a high likelihood that Puna will be able to look after itself. There are centuries of learning and tradition to build upon, and plenty of agricultural studies to leverage. Not to mention an endless supply of electricity, courtesy of the rift zone and the geothermal fire that lies beneath it.

“That’s the premise,” said the stranger, as he set a brochure down on the counter in front of Tita ʻAina, the owner of Four Corners General Store. “This side of the Big Island can be completely self-sustaining.”

“How we gonna get by without propane if the ships stop coming?” asked Aina. She pointed to a six-burner stove in the kitchen behind her. “I can’t run that thing on solar.”

“No, but imagine if you had electric appliances all powered by geothermal.”

“We already got geothermal and the price of electricity is through the roof. Why do you think I run a propane stove?”

The Rinpoche nodded fervently. “That’s exactly why we would benefit from expanding the geothermal plant. Imagine: with additional wells we can achieve 100% sustainability…” 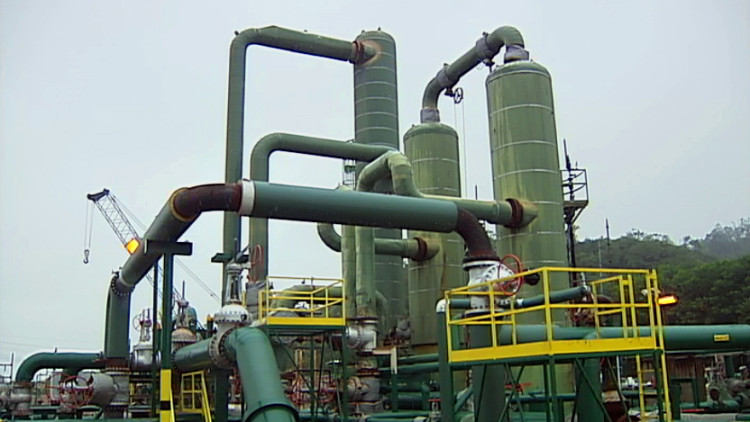 Tita ʻAina looked at him sideways. She was a longstanding kama‘āina, Filipina by origin, and she’d been so long in Puna that she might as well have been born there. As a result, she had a healthy suspicion of this haole dressed in the garb of an Indian holy man. “Who do you work for—the power company?”

“You work for Puna?”

“Yes. I came here in the late 80’s and I’ve recently just returned to lead a retreat down at Kukio Kai. I’d forgotten how magical Puna is. What a magnificent place—rich with abundance and life and vigor and..opportunity. I’ve extended my stay and I’ve decided I’d love to see Puna become wholly self-sustaining.”

“Yes, I’ve rented a place further up Kapoho Road, at the foot of Pu’u Noelani.”

Tita ʻAina held up a hand: “Hold on. Number one:  This is all very interesting but I have a business to run: the boys from the cinder field are gonna be here for lunch any minute. And number two: I can't power my car with lava.”

“Well, no, of course not. But there are many things to—.”

“Nuh-uh.” 'Aina thrust out a hand. “Come back when you can answer me that. Meantime, you want some food? Something to drink? Or just more of my dwindling time?” 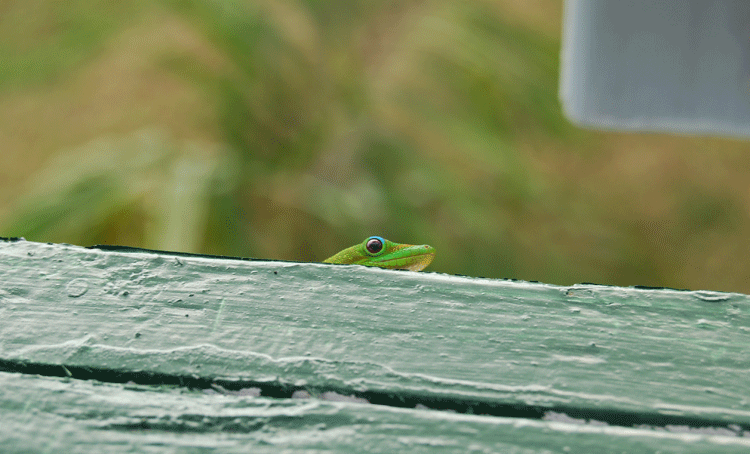