Pualani was a pretty girl: sandy colored hair, simple features, a vegan leanness. Of course Pualani wasn’t her real name. That would be Jan.

Jan, aka Pualani, which means ‘heavenly flower’, was a mainland transplant. She’d been living and working at the rambling oceanview grounds of Kukio Kai for nearly five years. She arrived from Snohomish County, Washington, at the age of 21 to live in a tent and help prepare communal meals for Kukio guests. What was meant to be a post-bacalaureate summer excursion turned out to be a life altering choice. She didn’t go to grad school after that summer; she stayed in Hawaii. She decided against pursuing a degree in Physiological Psychology, even though she’d been accepted into Wesleyan’s master’s program. She stopped signing emails to her then-boyfriend with “Love, Jan”, instead closing with “Peace and Love, Pualani” until those exchanges, increasingly infrequent as they were, ceased entirely. And she only rarely communicated with her family, opting instead to retreat inward into the cocoon of herself in order to one day re-emerge as somebody utterly different.

Pualani was the first to admit that change was a slow progression, and that shells are harder to break out of than they are to climb into. 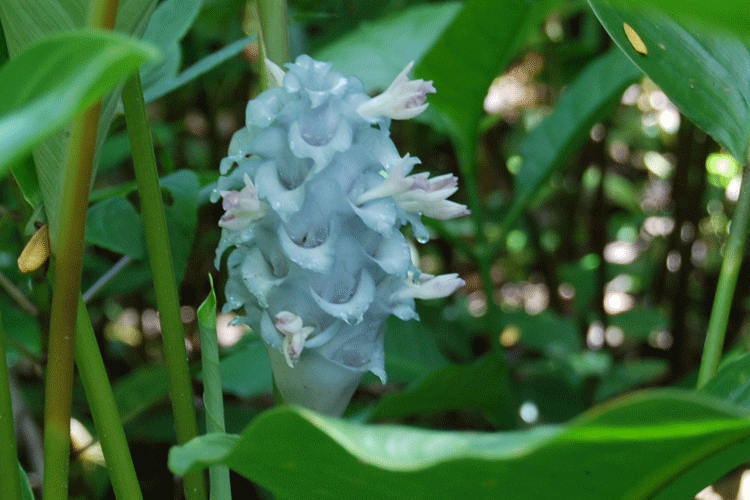 Kam the Pig Hunter slowed the massive pickup truck. The banner flags marking the Kukio Kai Retreat were blowing in a bright lively breeze. He pulled off of Red Road and into the entrance of Kukio.

The drive along lush and lyrical Red Road had invigorated Kyle, the self-adorned Rinpoche. The snaps of waves against the rocks, the whispering hush of the ironwoods, the cool shade of the kamani trees…He remembered these things from his previous visits but he’d forgotten the depth of feeling of the place: the cleansing rush, the uplift, the ease…

Here he was again, back on the Big Island, in lower Puna. He was no longer a drifter bartering barbituates for gasoline, but a Rinpoche, teacher of young men like his former self and of women who, if they had the wherewithal or perhaps knowledge of the person, would strive to be like that most amazing of women: Prudence Overmeyer.

He wasn’t here for Pru, however. He wanted to talk to her, yet he knew she could be a dangerous distraction. But it had been years – decades, literally – since he and Prudence were together, spending eight months on the island before moving to Mexico together. It wasn’t just years that had passed but time: real time, the markers of human, personal change. He was going to be 50 this year and she must be nearing 40. She dumped him in Mexico and never looked back. He never came looking for her. He was different now and she must be, too.

Deep down, of course, we’re fundamentally the same from conception to the end. Who we are is written in the stars and we can pretend that we are or are not somebody different. But when you get right down to it, our lives are etched by light before we see the first glimmer of it. You can change your clothes and your appearance, and even your outward expressions – do whatever you want in this life – but at our core we are immutable. We are we. And in this plane, this particular layer of existence, that is who we must be. 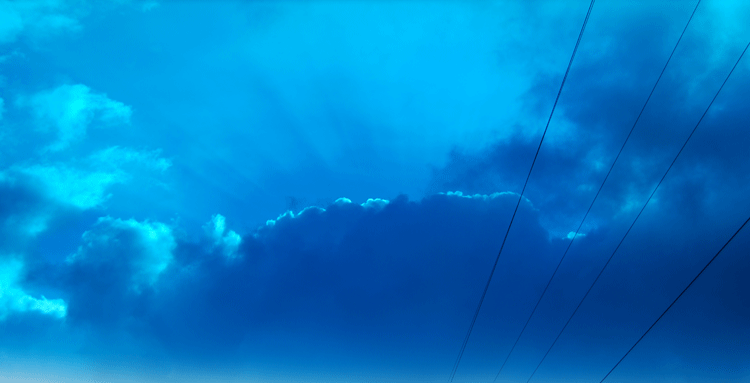 Kam pulled the truck into the driveway, across which a long slender farm gate lay shut. Standing by the gate was a young Hawaiian woman; it was Auntie Lulu’s niece. She casually waved at the truck:  “Howzit, Kamakakoa.” Kam stretched his arm out the window and dropped her a shaka hello.

“Pualani’s in the mess hall, ya,” she said as she pushed the gate open. “Said for you to meet her up there.”

Mimi leaned over across Kam and called down: “Aloha, Katie. Thanks!”

The Rinpoche pressed the palms of his hands together and nodded to the girl as they drove through the gate. 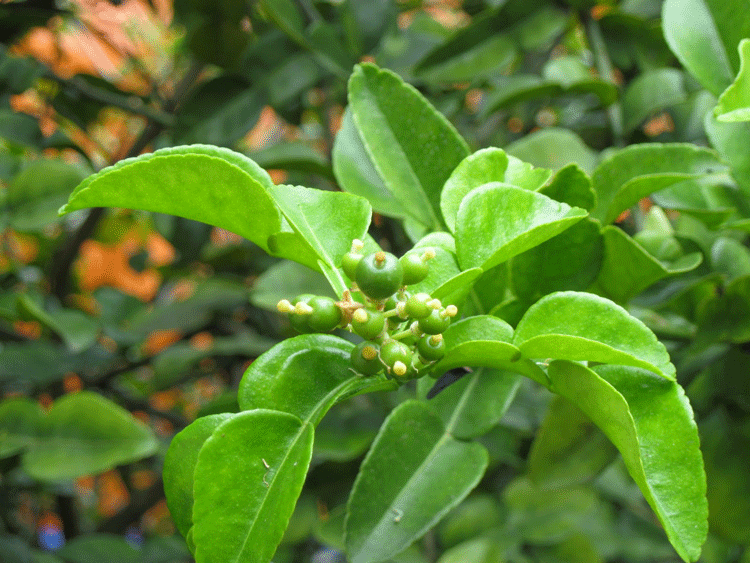 Over on Ohalani Road, Prudence Overmeyer fixed herself a cup of kaffir lime green tea. The sun was out and shining brightly. Despite that, a light rain, nāulu, fell all around the yard.

Just as she was walking out to the back lanai her phone rang. It was the restaurant.

“Aloha, Prudence. This is Kay.”

“Good to hear. I have to tell you—” she started, but the banging of pots and dishes made it impossible for Prudence to hear her.

Kay moved the phone away from her mouth and shushed Timo, the dishwasher, in the background. The noise abated.

“Thank you. What a racket.”

“Oh,” said Kay, “You can’t imagine the day we had yesterday. All day. A hurricane of people come through here. Now we have so much to do to get ready for dinner.”

“No, that’s not why I’m calling. I would never ask you or I’ilani to come in after a big party like that. I’m surprised you’re even awake.”

“Ok, I don’t need to know. Reason I’m calling is last night after closing, some shady guy comes in here looking for you.”

“Middle age haole. Ok looking but untrustworthy, you know? Called himself the Magnificent Something or Other.”

Fifty feet or so from Pru’s back lanai there is a long row of yellow bamboo. It catches the trade winds and filters out any bad spirits that may be floating in the air. Prudence set her tea down on the railing of the lanai and put her hand on the back of her neck. “Rinpoche the Magnificent?” she said into the phone.

“Kyle Weatherly,” she sort of groaned. “What did you tell him?”

“I said where you are is none of his business, and if he wanted some vegetarian spaghetti he could have it to go, otherwise we’re closed. Right away I don’t like him. Who is he?”

“He was a bad experience but a good lesson.”

“Ah. I see. You can give me details later. What do I say if he comes back?”

“Tell him I’m not working today.”

“Fine. You back to work tomorrow?”

“Don’t worry. Is I’ilani back tomorrow as well, or are you cooking again?”

“Me? Heavens no. One more shift tonight and I’m pau. I remember now there’s a reason I turned this kitchen over to her. It’s too much for me, Pru.” 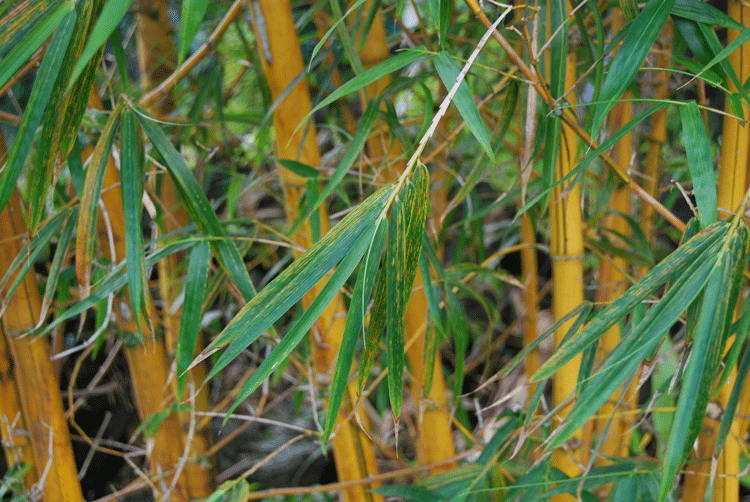 Pualani came out from the dining hall and stood at the passenger side of Kam’s pickup truck as the Rinpoche climbed down. Pualani folded her hands and said, “Rinpoche Samdup, we’re so delighted to have you.” She bowed to greet him: “Namaste.”

“I’ll get your bag,” volunteered Mimi, as she alit from the tall beast behind the Rinpoche.

“We’ve prepared a small lunch for you, Rinpoche. We thought we’d eat in the structure down by the monkey pods.”

“And tonight is the welcome feast. I was just in there,” she motioned to the dining hall, “making sure everything was coming together.”

“Thank you, Pualani. And thank you for arranging everything.”

“It’s my honor, Rinpoche. How about we head to lunch. Or do you need the restroom or – ?”

“No no, lunch sounds like a wonderful idea.” The Rinpoche wrapped his arm around Pualani’s and the two headed in the direction of a pair of magnificent, broad-canopied monkey pod trees not far from the dining hall. “You know," he told her, "I chose my name Samdup not because I can work miracles but because I wanted to help others work miracles for themselves.”

“Yes, I’ve seen all of your lectures on YouTube.”

“Oh, most definitely, Rinpoche. But I don’t long for anything.”

“Not really. I mean, longing is dukkha. But I think we can balance the desire for self improvement with a healthy spirituality.”

They walked arm in arm across the wide lawn. Among the Rinpoche’s various talents and deceits, he had the ability to quickly identify a person in need. Usually he was able to gain their confidence right away and to help guide them toward his vision of them, kind of like taking a fish that’s struggling in shallow rocky water and moving it to a deeper part of the creek. He had tried this with Prudence Overmeyer twenty years ago and was a profound failure. In the years since, however, he’d honed his skill admirably.

“Can I ask you something personal, Rinpoche?”

He stopped and looked at her. “Of course.”

“Do you long for anything?”

“Oh no,” he replied. Then he smiled: “I have everything I need.”