By all measures (his own, in particular) the Rinpoche’s retreat at Kukio Kai had been a success.  Not merely five days of meditation and lecturing, it was an exercise in channeling one’s inner fire. It was well-attended and, according to conversations overheard in the hot tub and mess hall, it was well-received and transformative for many. 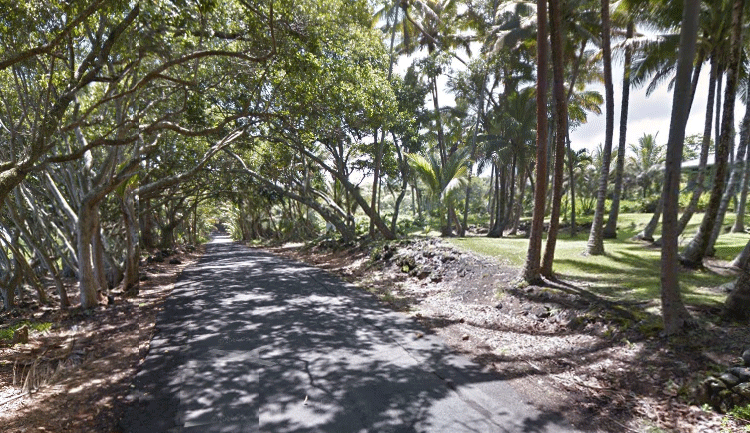 In the large screened-in pavilion by the edge of the road, a smattering of Punatics had spent a good portion of the week sitting on the floor in front of the Rinpoche along with young European hippies and an amalgam of transcendentalists from all round edges of the globe. They gathered in concentric arcs in front of him, like the strands of a rainbow, their personal emanation wafting in waves as they listened, chanted or meditated in silence.

The communal scent was carried across the tall air of the pavilion by the sea breeze. Every so often somebody would break the calm by clearing their throat, or add to the aromatic blend by stretching up their arms or doing a backbend to energize their chakras.

Towards the end of the week, Auntie Lulu passed by the back of the screened pavilion on her way to a meeting with Pualani, the young events coordinator. She caught wind of the contemplative masses and had to increase her pace as she headed past the pavilion.

She met up with Pualani along the main drive and asked how the Rinpoche’s retreat was going.

“Very well,” said the acolyte. Her freckles glistened against her rosy-brown skin.

“Uncle Billy says you were at Wednesday market with Rinpoche.”

Pualani touched the yellow hibiscus flower that was pinned to her hair.  “Mh,” she nodded carefully. “We were.”

“How was it? Lot of people this week?”

“I hear ever since Uncle Kawaimomona and his band start playing, the turnout has been very good.  And with the new food vendors—.”

“Yes, it’s getting bigger all the time!”

Lulu nodded agreeably. “Tell me, was Rinpoche talking to my cousins, the ones from Ola’a?”

“I don’t know.” Pualani turned slightly bashful. “He talked to a lot of people. How come?”

“No reason.” With her physical presence alone, Lulu lorded over Pualani. As she spoke her next words, however, she became a menace to the young girl’s struggling confidence. For immediately Pualani interpreted the words to mean that she herself was implicated and somehow partially responsible for whatever it was Lulu was getting at. “If he has business with my family,” Lulu warned her, “he should talk to me first.”

The Rinpoche sits on the covered lanai at his rented cottage on the sunrise side of Pu’u Noelani. The crater’s name in Hawaiian means “heavenly mist”. The mound rises a hundred or so feet above the ground, creating a mystical backdrop to an otherwise bucolic region of papaya fields, cane grass, and coconut palms.

Here and there horses stand hunched over eating grass, their shod hooves crunching on kukui nuts as they roam around their yards. Up the road, before you get to the albizia forest, lies the geothermal plant. A tube is drilled a mile or more into the earth, where volcanic heat and steam are transformed into electricity.

The Rinpoche has laid out a large topographical map of the Puna District on the table in front of him. On top of that, off to the side, is his laptop. On its screen is displayed the county’s property map, which has every parcel in the District outlined, along with its tax assessment and status. He has a stack of small adhesive notes, several of which are affixed to the topographical map. Each note has a family surname written on it in his fastidious penmanship and on some of them he has written a two-digit code: OO for occupied by owner, OR for occupied by renter, UO for unoccupied. Beneath the name, where applicable, there is a number indicating the amount of taxes that are in arrears.

The lunchtime encounter with Tita ʻAina at the Four Corners General Store went reasonably well, he thinks. Nevertheless, there is work to be done. People to talk to—.

He sips from a glass of chilled iced tea, his gaze moving back and forth between the computer screen and the map. As he works, he hears a car pull into the property. The tires roll over dry ground and come to a stop by the side of the house.

The Rinpoche stands and goes over to the screen door of the lanai. He is barefoot and dressed in his unofficial clothes: a pair of beige men’s culottes and no shirt. He steps out onto the porch step and raises his hand.

“Aloha,” he calls to the guest as she gets out of her rustic car.

Pualani has a pink plumeria blossom behind her ear and a simple navy blue backpack in her hand. She approaches the lanai and stops short of the steps. The Rinpoche comes down the few steps to greet her. “Welcome.”

“Aloha, Rinpoche,” she says. She smiles.

The Rinpoche shakes his head. “When we’re alone, call me Kyle.”  He takes the bag from her hand. He leans in and kisses her. 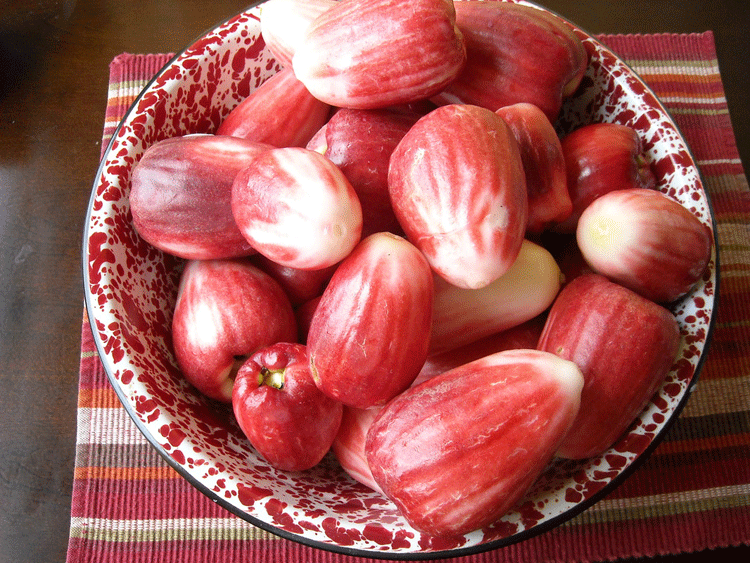 Prudence was trimming her pubic hair when she heard the familiar rattling of Matthew Lawless’ pickup truck coming down the drive. She was standing naked on the back lanai off of her bedroom with one foot resting on a rickety bamboo stool. In her hand were a pair of hair cutting scissors.

It was hot outside, and although she was in the shade of the overhang, beads of sweat were beginning to form above her eyebrows.

“Mercy,” she said aloud to herself. She wiped her forehead with her forearm and lowered her foot to the floor. She set the scissors down on the stool and picked up a hand mirror.

She brushed herself off and inspected her handiwork: “Nice”. She kicked the tiny hairs off the side of the lanai and the nwent inside.

By the time she’d put on a loose cotton dress and crossed the house and gone down the front stairs, Matthew had pulled into the yard.

He got out of the driver seat and went to the side of the truck bed. “Howzit,” he said to Pru.

He retrieved a small basket and brought it over to her.

“Oh, yum. I’ll put them in the refrigerator so they get nice and crisp. Thank you.”

“They go great in a salad,” he said as he followed her up the stairs.

In the kitchen she asked: “Am I that much of a know-it-all?”

“You’re kind. I know I can be a bit of a bore.” She went to the cupboard in the dining room and retrieved her pipe and a small baggie of weed. “What are you up to today?”

“Nothing. I finished the job down in Wa’a-Wa’a and the guys gave me the mountain apples, so I figured I’d bring some by.”

“If you’re done for the day, why don’t you come to the beach with me.”

“Ehh, it's not really my scene. You know that.”

“You don’t have to take off your bathing suit.”

“Come on. Go with me. It's going to be beautiful. I heard that the water is almost flat.”

Up along Kapoho Road, at the foot of the crater of the heavenly mist, the young woman whose name means heavenly flower was rinsing herself off beneath cool beads of water in the outdoor shower. The Rinpoche stood at the perimeter of the shower, the palm of his hand resting on the lava rock wall that surrounded it. Pualani was an admirable girl, he acknowledged, a lovely thing to look at.

"Let's go to Kehena. I drove by on my way up here and the water is almost flat." 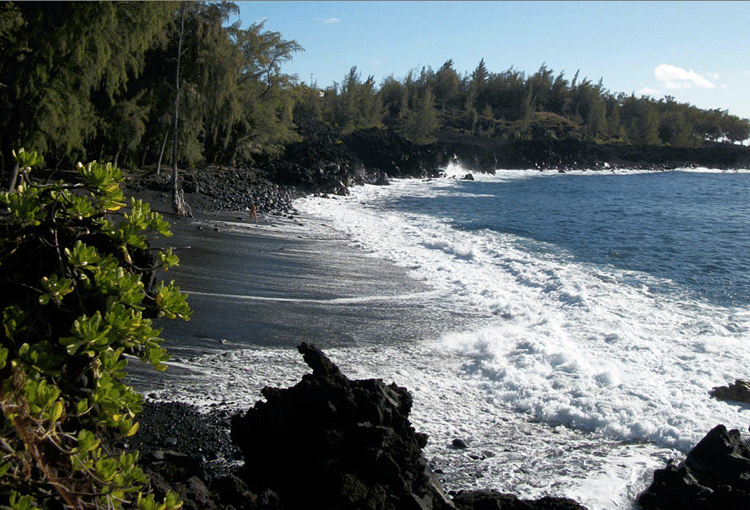