Lau Lau is a gentle warrior. He stands just under six feet tall and could, if he was so inclined, lift Prudence up with one arm. The six years of age that separate them matter little in the annals of love and friendship, especially because at this point they are only friends.  They forged a bond on the lanai the morning after Manu’s luau, the particulars of which have since been forgotten by them both – a curious sleight of hand courtesy of Cousin Violet. 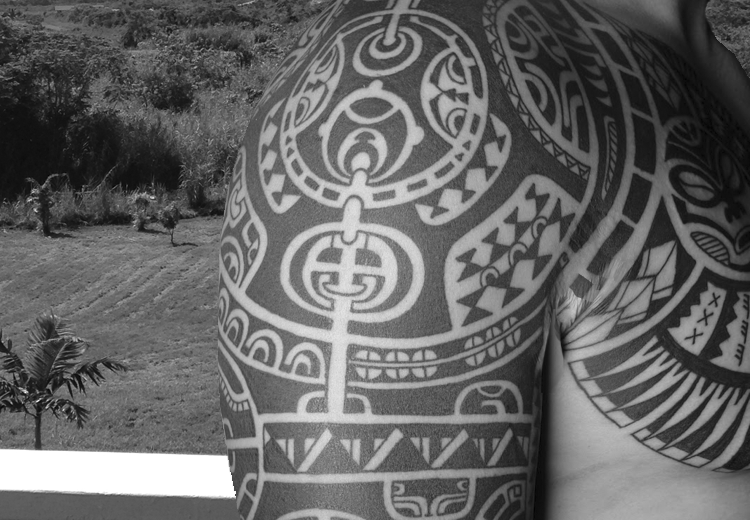 Lau Lau has arrived at Ohalani Road with a small coterie of friends and several large pickup trucks. They are there to disassemble the remaining structures from the luau and return the parts to their owners.

He parks his truck in the yard in front of Prudence’s house and alights as she’s coming down the stairs. She approaches, greets him Aloha and wraps her arm around the strong gird of his waist. Lau Lau not so much towers over her as casts a broad, protective shadow.

“Sorry to take so long to get over here, but I had to round up some brothers.”

“Not a problem. I was getting used to seeing the tops of the tents and the stage down there. It kind of kept the party going for a few days longer.”

She put her hand on his forearm. “It’s fine, really.”

He sort of smiled. Nodded once. Then he called out to the three men who’d come with him; they were sitting in their trucks awaiting instructions: “Okay, brothers. You guys drive down. I be down in a minute.” He looked back at Pru. “You know, I don’t like to say much because sometimes saying gets you in trouble.”

“What you did for Uncle was pono, you know. To take care of him, let him live here. He loved this place." Lau Lau looked slightly away. "He loved you, too.”

“You're one of the few people he likes, no questions asked, just as you are.”

They stood quietly for a moment. Lau Lau bobbed his head as if to reiterate the depth of the bond between Manu and Prudence.

“Do you want some help down below?” Prudence asked.

“No,” said Lau Lau, “but thank you. I got some strong fuckers with me. We’ll take care of it. But—,” then he stopped himself. He was feeling like he’d said too many words already.

He looked directly into her eyes. “How about you? Pehea ʻoe? You ok?”

Lau Lau started toward the hillside. Prudence was about to head back to the house and grab some kaffir lime leaves for tea, but she changed her mind and called to him: “Lau Lau,hang on. I’ll walk with you.” 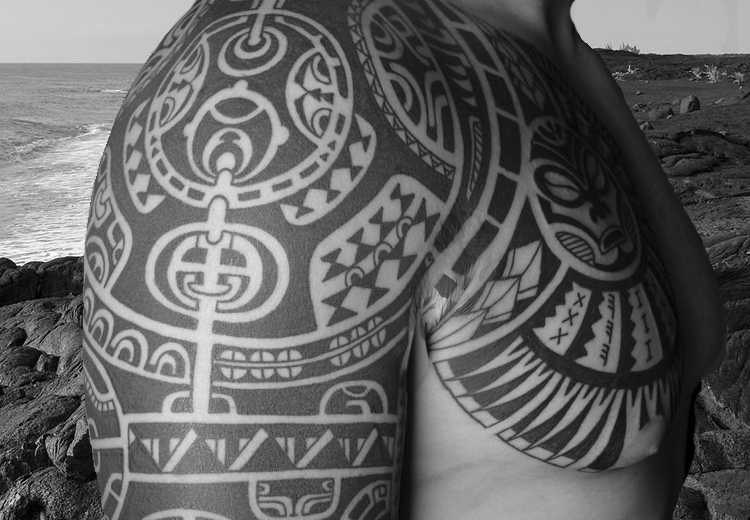 Prudence and Lau Lau strode down the hill in a disjointed rhythm along the makeshift road, she in sort of hurried little steps, he in slow strides, the two of them managing to stay alongside one another.

“What are you going to do with Uncle’s house?” he asked, snapping a bract of cane grass that was arching over the path.

“I’m going to rent it out. It’ll be strange with somebody else there. You know, I was happy just having him here but he insisted on paying rent. I didn’t want to at first but he insisted. And then I became dependent on it: that was my gas money. A hundred and fifty bucks. Every month, on the 7th, like clockwork he’d come pay me. After he’d chanted his morning prayers and had his coffee, he’d walk up the hill with a little cloth envelope in his hands. He’d take his slippers off at the bottom of the stairs, climb up, tap on the glass of the front door. I’d welcome him in and he’d march right to the dining table and sit himself down. He’d unfold the edges of the cloth to reveal a fifty dollar bill sitting on top of a hundred dollar bill – (sometimes he only had twenties and a ten, but almost always it was just the two bills) – then he'd fold the cloth back up and push it towards me saying, ‘Keiki hanauna: for the joy and beauty of living on this ʻāina with you. And for your kindness’. Then we’d talk about anything. Everything. Whatever was top of mind.”

“Mh. Only when we were alone.” The recall enlivened her, the memory itself a lovely blossom that faded quickly as sadness encroached.

They reached the end of the makeshift road. Off to the right were the luau tents and the stage. Behind that the coconut grove. Lau Lau said goodbye and headed off toward the trio of pickup trucks that were parked strategically in between the structures. Prudence headed forward, along the path that cut through the grassy yard that skirted the luau grounds. The path wound slightly along the base of the hill and curved around through a cluster of shower trees before it ended at the fronch porch of the ‘ohana.

Prudence took off her slippers and left them on the steps. She gripped the wooden rail along the lanai and took a deep breath of the unfamiliar quiet. She thought of the many times she’d come down the path to Manu’s cottage during these years. She envisioned him now sitting inside at his desk, writing, reading, talking to himself or with the spirits, and she tried to urge that memory back into reality. It was her unspoken conviction that the longer she could keep bits of Manu alive, the longer she could avoid having to fill his house with strangers.

When the work of disassembling and collecting the construction materials was done, the men veered up the hill with their trucks laden with the remnants of Manu’s luau. It was officially, fully, in all regards and manners, done.

Prudence didn’t do much down at the ‘ohana, aside from look around, check the condition of things, retrieve some straggling cups and paraphernalia from the party. She was in her front yard as the men drove up. “Stay for lunch?” she called to the lead man in the caravan, who had stopped at the rainbow eucalyptus trees to await orders from Lau Lau.

Lau Lau was almost at his truck. He turned to Pru and shook his head: “These brothers eat you out of house and home.”

“Another time,” Lau Lau responded. “We gonna take this stuff back. Mahalo, though.”

“Mahalo nui to you guys for everything. Really.”

As she said this the caravan got into gear. The lead driver revved his engine and started to drive out, then abruptly hit the brakes, sending cinder flying and his payload rattling. “What the—? Watch it brother!” he shouted out his passenger window. 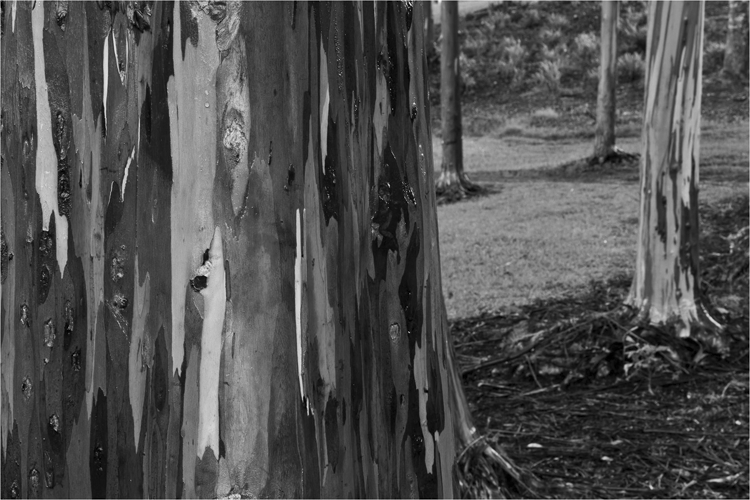 There, in sandals and in his guru’s garb was the Rinpoche, walking down the driveway. He squeezed between the truck and the eucalyptus tree and and walked onto the grassy plain in front of the house.

Prudence stood nearby. Her smile collapsed into a frown. “What are you doing here?” she demanded.

Lau Lau stepped down from his truck to observe the arriving stranger.

“I came to talk to you,” said the Rinpoche.

“The gate was open.”

“Yes, so that these guys can get out. You see an open gate and think it’s meant for you?”

“Then I suggest you hitchhike back out. Or ride with one of them.”

“Kyle!” It was very not-aloha of her to behave like this but she couldn’t help it. The mere presence of Kyle Weatherly made the hairs on her arm stand up. “How did you find me?”

Lau Lau approached Prudence and the Rinpoche. If you drew lines connecting the three of them at this moment they formed a perfect triangle. “Everything ok?”

“When you leave,” Prudence told Lau Lau, “please take this one with you. He can ride in the bed of the truck.”

“No! I don’t know what it is about you, Kyle. Even with all of this,” she waved at his religious garb and his manufactured appearance, “and with twenty years behind us, I just don’t want to see you.”

“I'm not here about us. I came to talk to you about your ‘ohana.”

“I heard you’re going to be renting it out.”

“My workshop ends in a couple days and I’ve decided to extend my visit. I’m looking for a place to stay.”

Without a beat Prudence pointed at Lau Lau.  “To him.” 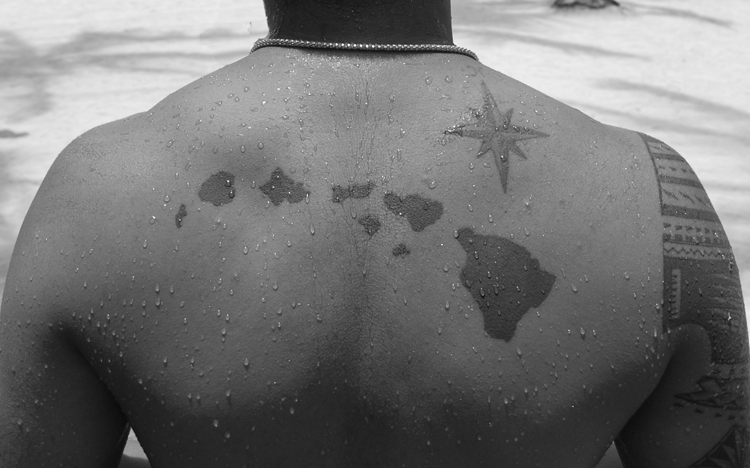