There was a disturbance in the air. It felt kind of like lightning crackling on a sunny day.

Mimi, as she sat across from the Rinpoche and next to her big, dust-covered boyfriend at the Four Corners General Store, felt it. Prudence, while in the Pahoa Realty office across from her friend Warren, felt it. Cousin Violet, who happened to be standing in line at the bank watching some Punatic trying to exchange a mayonnaise jar filled with marijuana for cash – she also felt it.

It is a widely held belief in Puna that if you are prone to doing what is right, and if your motives are strong and your intentions altruistic, you can hear the earth speaking to you. It isn’t as though the earth says, “Hey Pru, watch out, the pigs are eating your pineapples!”; rather, the earth speaks in a quiet, private language that travels along an aural spectrum which is almost visual. What that means is you can see in your mind’s eye what the earth is telling you, provided you’re receptive to it. 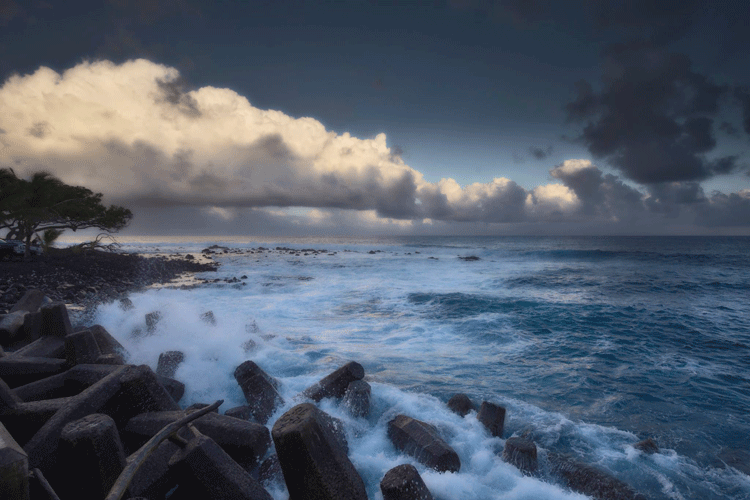 Down in Ka’u, the district below Puna which stretches from the far side of the volcano’s summit down to the barren southernmost point of the island, there is a deep wooded valley tucked into the folds of Kilauea’s terrain. Called the Valley of Moon, it houses a large monastery tucked away in solitude at a rainy, misty elevation. It is filled with mystery and strangeness. The hard-core spiritualists at the monastery – its monks and nuns –  will tell you this about the whispering of the land: “Open your heart and listen. Close your eyes and obey without fear. You will understand.”

When Tita ‘Aina’s mother, Corazon, lay dying some years back, far too young and far too soon for ‘Aina to be fully prepared for it, some of the nuns from the monastery in Ka’u emerged from their aerie. They had been keeping an eye on the woman and her daughter, as most everyone in east Hawaii does (we care for our neighbors, even if they are strangers). When they learned that she was dying, they came to Corazon’s side to guide her into the next realm. They came as well to provide young ‘Aina with an assuredness that ‘rightness’, that pono, and that she, despite being alone, would prevail.

Oddly, then, connected as Tita ‘Aina was to the land, she didn’t feel the disturbance in the air that day as it weaved its way through the papaya fields and blew in through the open windows of the General Store. Possibly because the laughter of the men inside distracted her when she went outside to see if the Rinpoche was all right. Possibly because her mind was elsewhere, pondering other things, other people, unresolved matters…

In the real estate office, the odd sensation blew through Prudence. Some of it lingered on her clothing and would travel with her all the way into Hilo town.

In the bank, one of the tellers, Corinne, who happened to be Auntie Lulu’s god-niece as well, turned away the semi-ripe Punatic and his jar full of mayonnaise.  On the verge of frustration, she told him, “For the last time, you can not deposit marijuana,” and made him leave.

Cousin Violet whispered as the man passed: “Is the weed any good?”

“You never know,” she winked.

“Goodness,” said the girl, “there is some kind of crazy going on today. It’s a full moon?”

“I don’t think so.” Violet made a check made payable to Cash and handed it to Corinne. Just then they were interrupted by a man’s angry voice: “What?!” He was seated at one of the desks, across from the manager. He slowly stood up, slapping his two palms loudly on the desk.  At last, the murmuring, crackling, odd energy of the planet that had been whirling around all morning found itself a physical outlet.

“You’ve got to be kidding me!” cried the man.

“Brother, brother, I know. Sit.” The bank manager leaned forward and tried to calm him down.

Corinne stood up behind the teller counter. “Uncle Pete?”

Violet, along with the other three or four people in the branch, all looked in that direction.

“What do you mean it’s worth nothing?” cried Peter Pualoa. His voice had gone from shrill and static to sonorous and foreboding, like the rumbling beneath the rift zone.

Corinne came around from behind the teller counter. “Uncle, what’s wrong?!” 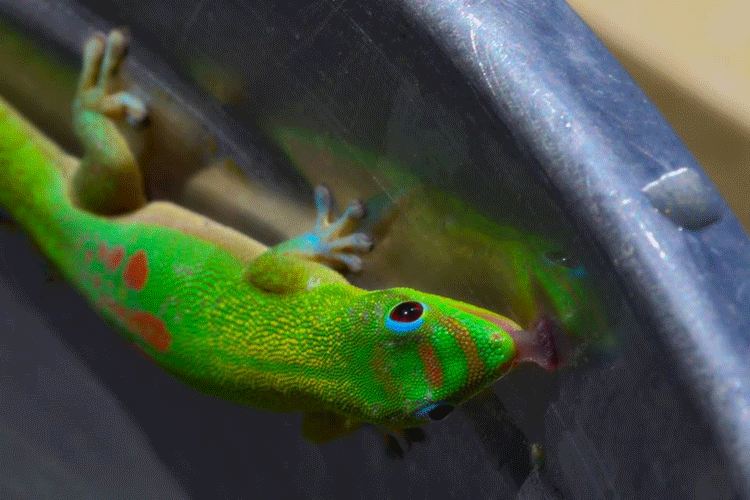 Tita ‘Aina fixed the Rinpoche an ono sandwich to replace the milkfish one she had accidentally prepared him. She was apologetic, but more than that she was disappointed. It isn’t every day you get decent milkfish in Hawaii. And now, because she’d mixed it up somehow with the other fish, she’d have one less serving of paksiw na bangus for the specials board – i.e., the serving that had her name on it.

“Things happen,” said the Rinpoche as ‘Aina set the sandwich down in front of him. He lifted the bun and gently pulled apart the flesh of the fish with his fingers to inspect it.

“There no bones,” she told him.

Mimi and Kam observed the odd show unfolding before them. The Rinpoche had always been slightly strange; it was apparent when they picked him up in Hilo town when he first arrived on island. Since he left Kukio Kai, he seemed to have gotten stranger: his mind was laser focused on something but it had nothing to do with you. There was a movie playing, and it was playing inside his head, alone. When he was reciting his long monologue about drawing an energy executive out of the “mire and drudgery of constant longing” he wasn’t even acknowledging Mimi’s presence; he was literally looking right past her. And why was he sitting with her in the first place? She had staked out the table to wait for Kam, and when the Rinpoche wandered in he basically invited himself to sit at her table.

“All good now?” ‘Aina asked the Rinpoche as she hovered over him.

‘Aina went back inside.

“After you finish eating,” Mimi told the Rinpoche, “I’ll drive you into town if you like.”

He shook his head. “I can take the bus.”

She pointed behind her as a short white bus came through the intersection and turned toward town. It was the Hele-on, Puna’s pungent answer to public transit. “Ok,” she said, following it with her eye. “But the next one probably isn’t for another hour or so.” 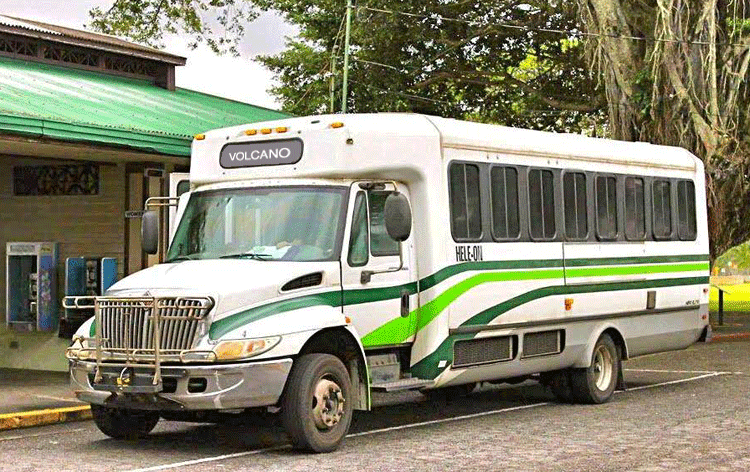 The bank manager, Kenny, was an easy-going hapa with a round face who wore khaki pants and a short sleeve dress shirt every day. And the same shoes. Like religion. Sometimes his shirt came in white, sometimes light blue. For the Pahoa Holiday parade each Christmas season, and Valentine’s Day, he’d don a red one. But always it was the same shirt: eight buttons down the front, two to fasten down the collars and one on the breast pocket, where he kept a pen clipped at all times. His hair was short and black and he parted it carefully each morning while studying himself in the mirror.

From his house along 23rd Street in Hawaiian Paradise Park it was an easy fifteen minute drive to the bank – reverse commute, which made it even easier.  He’d drink his coffee from a thermos and drive along the Highway listening to the local Hawaiian channel, which included the surf and weather reports. At twenty past the hour, just as he was pulling into the bank parking lot, the morning chatter of the dj gave way to one of several Hawaii Civil Defense messages each day, which advised residents about wind or wave warnings and provided an update on the Kilauea lava flow.

Inside the branch, which sat in the center of town next to the Cash & Carry, he’d seen his share of crazy shit. He’d seen good, bad and indifferent. He’d seen how people can struggle, suffer, try to do right but always end up on the wrong side of things. He’d seen crooks and honest people and people with plenty of money and plenty with none. He’s more than once had to rouse a sleeping meth addict or drunkard off the front steps of the plantation style building.

But in his twenty-some years on the Big Island, he’d never seen anything like this.

Poor Peter Pualoa had gone from shock to anger and now nearly to tears. “I don’t know,” he said, “he comes around Uncle Billy’s kipuka and we talk story and he starts telling me all the benefit I can get from my kuleana. Lease it out, he says.” He looked pleadingly at Kenny: “What, I’m gonna make a living from growing pineapple and papaya?” 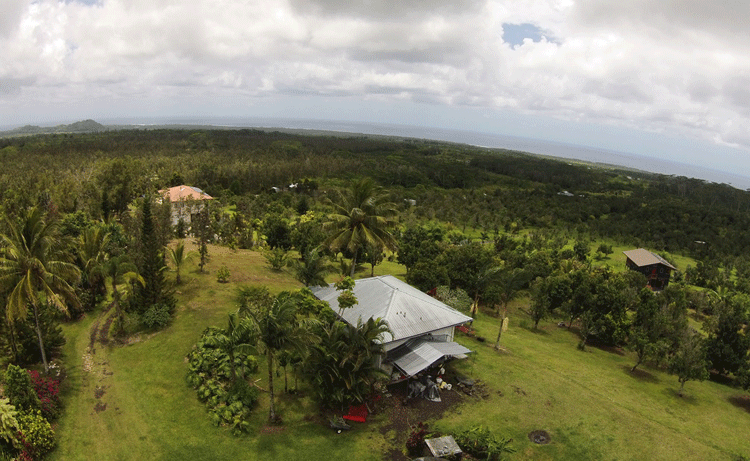 Kenny the manager looked over at Hal Whiting, an accountant and attorney who kept an office above the Mexican restaurant. Kenny had called him to come look at the contract that Peter Pualoa had signed with the Rinpoche to lease his land for geothermal exploration. Peter had wanted to get a loan against the lease to buy a small tractor. Based on an initial reading, Kenny determined, and it was confirmed by the attorney, that the lease agreement had no real value.

Hal told him: “If they can’t drill a decent well, they don’t pay you anything. And if they can, well then, they own the property. They’re basically holding your land in trust for the energy company until the point at which they determine if the land is useful or not. ”

Hal shook his head in disbelief and tried to assure Peter that “even though it’s technically legal, we can fight it as fraud. It’s a fine line, but if you look at this in its context—.” He wasn’t sure how to best phrase it. Then: “Well. Plain and simple, he’s taking advantage. He misled you.”

Hal pointed to the last of several pages of the document. “Who witnessed this?”

Peter shrugged. “Some girl, came along with him. Think she works at the hippie place along Red Road.”

Hal shook his head. “Not good, my friend. You’ve basically signed over title to your property.”

Peter Pualoa looked at the bank manager desperately: “I can’t lose my kuleana, brother, it’s all I’ve got!”